When Jamie Lea Hall-Grant and partner Curtis Hopkins found out they were expecting their second child, they needed to decide whether they would move on to a bigger home to suit their growing family or make the house which became their first family home, work for their growing family.

Albrighton couple Curtis and Jamie Lea, their four-year-old daughter Scarlett and 7-month old son Maverick, who was born during filming, were at a stalemate with their three-bed terrace, so needed to make some changes to sell or to stay… whilst on a tight budget, which included just £2,500 for the kitchen.

While Phil got to work showing the couple houses within their buying budget, Kirstie worked with them to create a smart, spacious and functional space to make good use of every penny in their budget with the kitchen becoming the key feature.

The biggest change came downstairs with the couple knocking through a majority of the space to create one large kitchen-living-dining area. Curtis said, “we were in need of more storage, and we needed a completely customised fit for our kitchen to make the most out of every inch of space possible.

“We did some research into kitchen companies locally and found The Kitchen Facelift Company who introduced us to the Blossom Avenue range of kitchens. Their style fit what we were looking for perfectly as we wanted a classic look, nothing too contemporary and with the shaker style doors.”

Curtis and Jamie Lea were keen to have a neutral space, but for the kitchen to be the only bit of colour to make the space pop.

“Clive, our kitchen advisor, showed us this very cool Matt Denim blue shade of doors and fronts and we knew that was what we wanted. It gives a sense of calm, works with the whiteness of the dining and living area around it, but also injects a little bit of modern into the traditional finish, especially with the chunky surround cornicing which gave the entire finish a clean edge.”

Jamie Lea and Curtis were right on trend, with Pantone announcing their Colour of the Year for 2020 as Classic Blue, which Leatrice Eiseman, the executive director of the company’s Colour Institute says is a colour you can rely on that has always represented calm and dependability.

From there, the couple decided to keep their worktop and sink low key, opting for a matte white laminate counter with a composite white sink which matched the neutrality of the remainder of the space.

Curtis said what they love most about the design, is that it was completely customised to fit them; “I really love the breakfast bar as it’s not just somewhere for our daughter to have her breakfast in the morning, where we can see her, but it doubles up as some much needed storage and an integrated dishwasher which is a god-send with two young children!

“The big larder is also a bit of a ‘wow’ feature which has form and function, hiding everything away but looking great, and the extra worktop space which doubles up as both a dining and living area for work and just generally being together more as a family, or with our friends.”

The couple, who run an eco-friendly beauty product company, said that selecting fixtures and fittings that were also eco-friendly wasn’t as taxing as some people think it might be, but that budget can be a restriction.

“We knew that in the long run, we’d benefit from savings if we invested in appliances and finishes such as an eco-friendly dishwasher and LED lighting now. That was important to us and where budget allowed, we made it work.”

After a three month refurbishment, which completely changed the way they live in their home, the couple decided to stay in their Albrighton home… for now; “We decided to love our home for now, but we’ll definitely list it in the future. Our big plan is to move out to the country, so maybe Grand Designs will be on the cards next!” 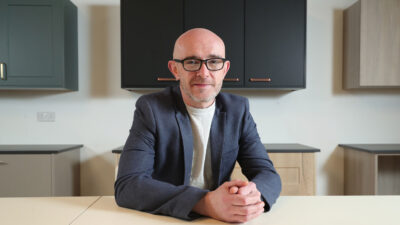 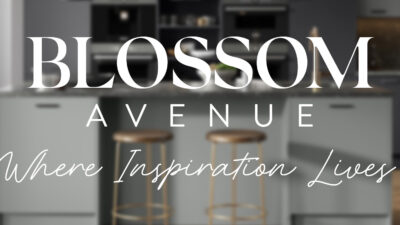